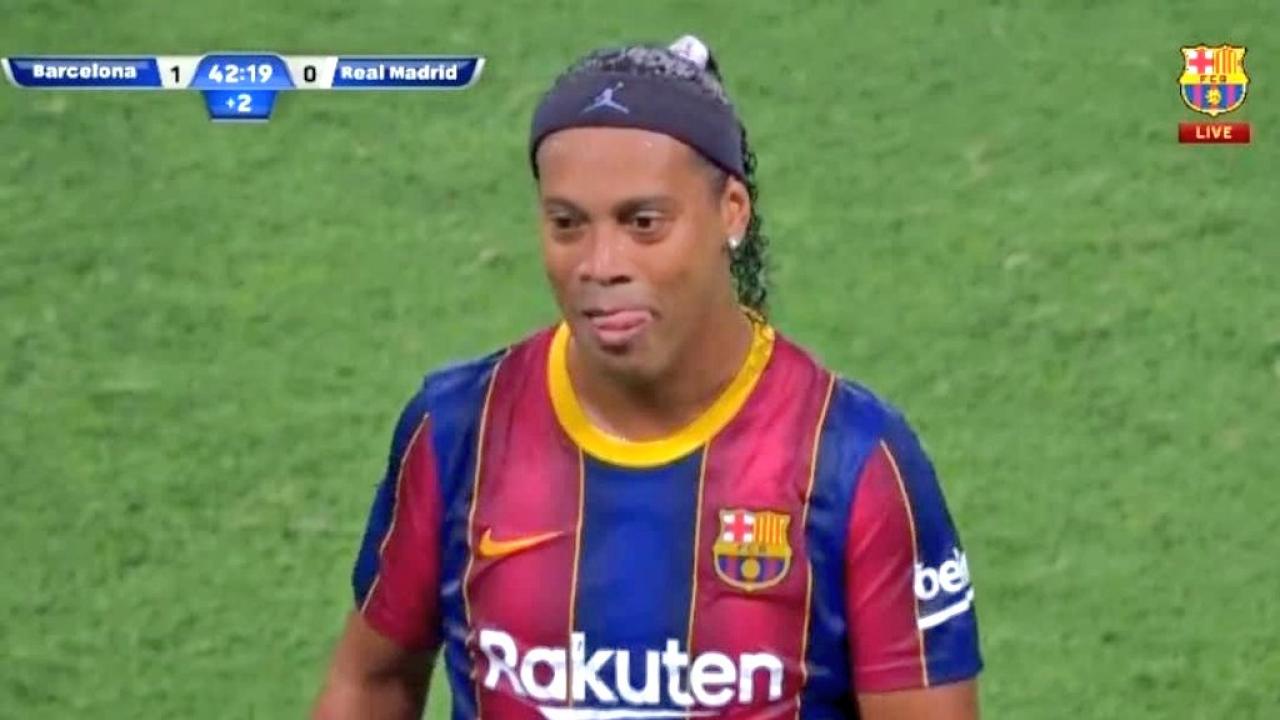 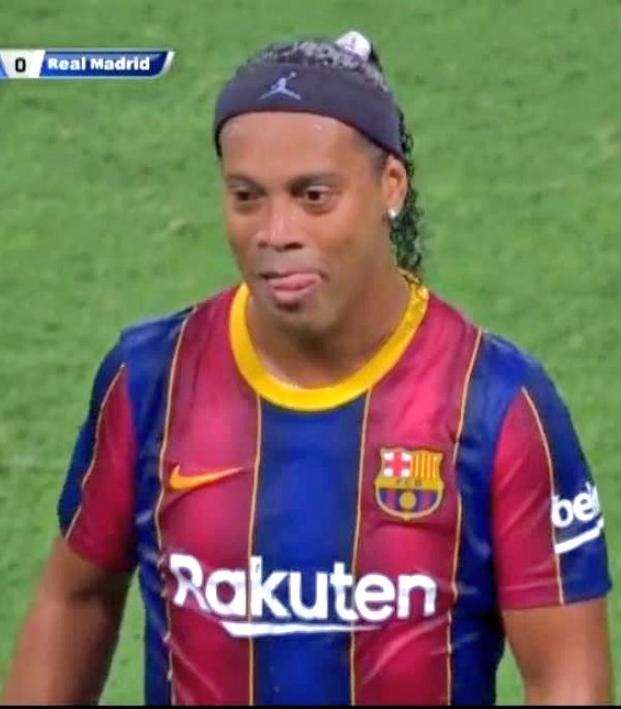 Ronaldinho Balls Out In El Clásico Between Barça And Real Legends

Connor Fleming July 21, 2021
The 41-year-old still sells out stadiums around the world.

On Tuesday night at Tel Aviv’s Bloomfield Stadium, Real Madrid and Barcelona Legends — at various stages of clearly enjoying their retirement — squared off in an El Clásico that featured players like Ronaldinho, Rivaldo, Deco, Roberto Carlos and Luís Figo.

The 41-year-old Ronaldinho was the star of the show as he’s continued the impressive form he showed while in a Paraguayan prison.

There’s something so beautifully singular about Ronaldinho. Give him a football and he immediately transforms from a middle-aged man into that 23-year-old personification of grace that sashayed around the Camp Nou.

Ronaldinho practicing his old tricks in the warm up tonight. pic.twitter.com/gpyomaG9kU

Ronaldinho came close to scoring in the 20th minute after driving into Real’s area before unleashing a shot that cannoned off the crossbar.

But seven minutes later, the Brazilian opened his account from the spot.

Ronaldinho, as they say, still possesses that intangible quality we call “it.”

Some of the players could never even imagine this ! pic.twitter.com/4BSRmQ8FKS